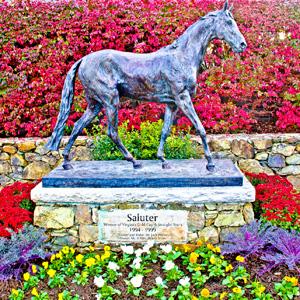 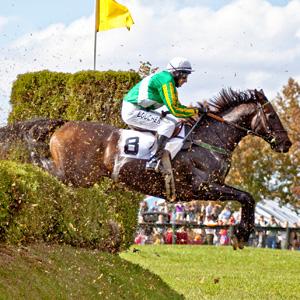 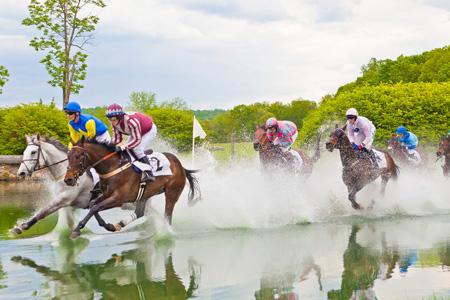 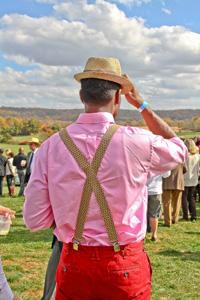 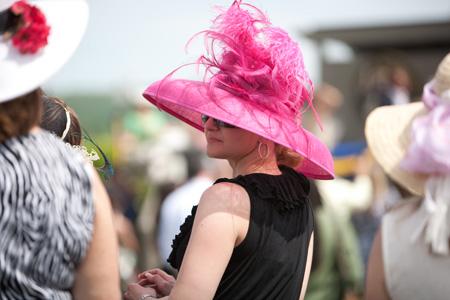 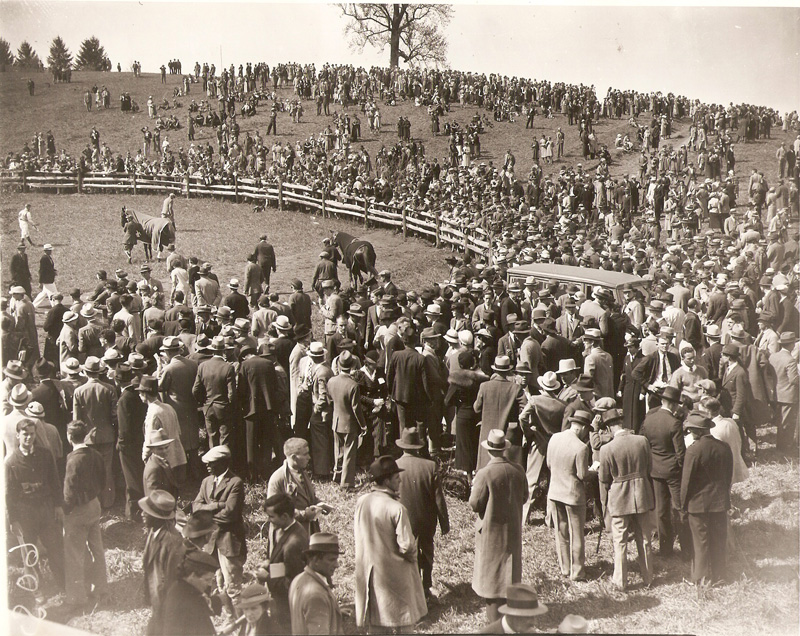 The legendary annual Virginia Gold Cup steeplechasing classic, now run before a sellout crowd of over 50,000 people, comes from much simpler beginnings.

Steeplechasing in Virginia has been a way of life since early Colonial times when the horse was the primary way of transportation, farming and war.  George Washington and Thomas Jefferson met in sporting competition over fences. Organized steeplechase races have run in Fauquier County since 1844 originally at White Sulphur Springs then a fashionable spa near Warrenton.

On April 3, 1922, eight sportsmen met at the Fauquier Club in Warrenton and decided to organize a four-mile race between flags over the natural walls and fences of the nearby hunting countryside.  Pledging $1,000 to purchase a trophy for the winning owner, they ruled that it be kept permanently by the first owner to win the race three times, not necessarily in consecutive years nor with the same horse.  Just 34 days later, they held the first Virginia Gold Cup race.  From its beginning, the race was intended to be a national event drawing “the best hunters in America.”  Unlike today’s seven-race card, that first Virginia Gold Cup was a single-race event, riders to be “gentlemen wearing racing colors or officers of the U.S. Army in uniform.”  Nine horses competed that May at Oakwood, the great estate on Waterloo Road near Warrenton overlooking the Blue Ridge Mountains and once owned by President Lincoln’s personal physician, Dr. Robert King Stone. 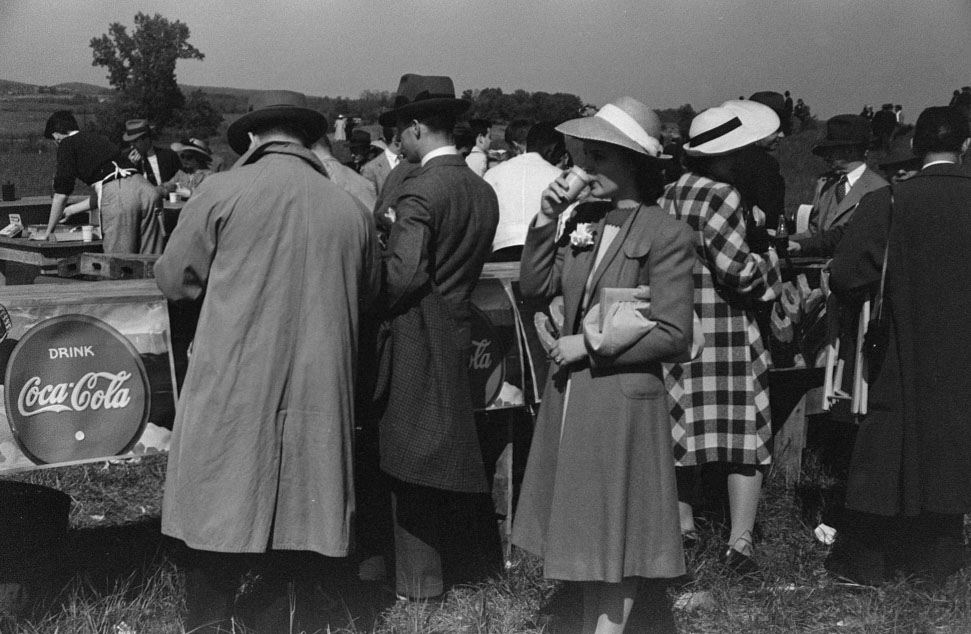 In 1924 the race moved to a new course, Broadview Farm near Warrenton, and was run for the first time under national steeplechasing rules.  It has run each year since with only few interruptions during World War II.

It was not unusual in the early years for horses to be entered in both of America’s most challenging timber races, the Maryland Hunt Cup and the Virginia Gold Cup in the same year--the ultimate steeplechase challenge.  These two demanding races over four miles of 4 to 5 foot solid rail fences are scheduled only one week apart; and only one horse, Howard Bruce’s remarkable Billy Barton ridden by Albert Ober, has ever won both races in the same year (1926).

With the resumption of racing after the Second World War in 1946, a new era began for the Gold Cup.  Among the new crop of young riders were D. M. “Mikey” Smithwick and his brother A. P. “Paddy” Smithwick.  Mikey won the 1946 race on Christopher Greer’s Houseman, and would later retire the fourth Gold Cup challenge trophy for Greer in 1953.  The Hall of Fame brothers eventually rode five Gold Cup winners between them—and trained many more.

Over the years Gold Cup fans have witnessed many memorable events. But until 1967 no single horse had ever won the race three times and only three horses had won it twice.  Leeds Don accomplished the triple in consecutive years.  Owned by David “Zeke” Ferguson of Hume, Virginia, the big gray had been bred, raised, and trained on local turf by Ridgely White, son of Arthur White, jockey of the first Gold Cup winner.  It was a cold, rainy day and only four horses took on the slippery course.  Leeds Don had trouble with his first jumps, even going to his knees at the seventh, but veteran jockey Joe Aitcheson kept him on his feet and pressed him to victory.  Aitcheson not only won that key race, but also won five out of the six races on the card that day.  The Hall of Famer would eventually win eight Virginia Gold Cups on eight different horses—a record that will be difficult to match. 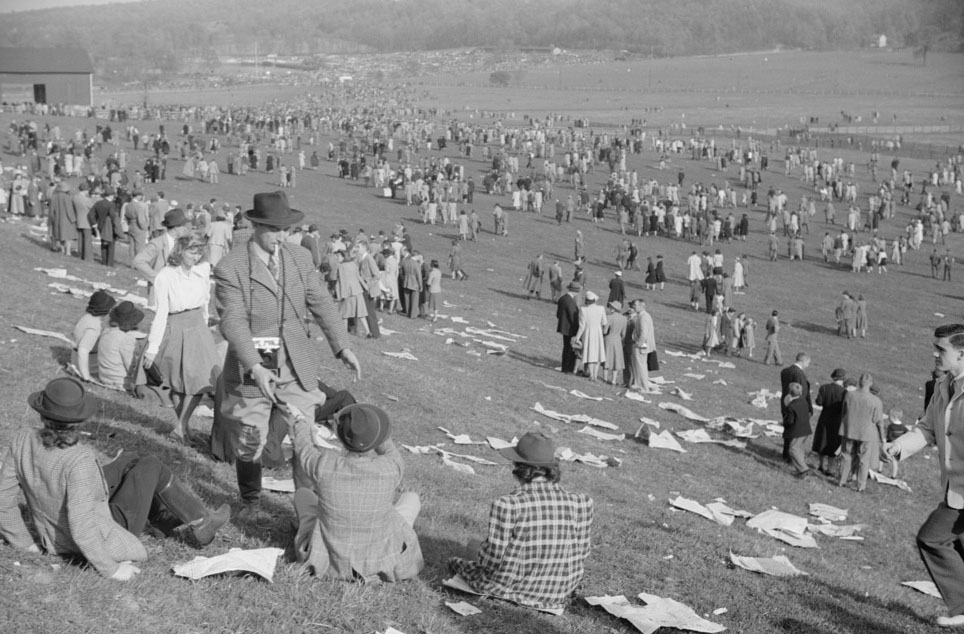 The 1960’s Combatant Trio
After Leeds Don retired the fifth challenge trophy, the most exciting rivalry in the history of the Gold Cup developed.  The contestants were three Virginia gentlemen of the turf—Paul Mellon, Senator John Warner, and Dr. Joe Rogers.  All of them had good horses at the same time, and the Cup alternated back and forth among them.  Senator Warner fondly remembers those neighborly rivalries, including the case of champagne he won in a bet with his then father-in-law Paul Mellon when his Annual Meeting beat Mellon’s Chapel Street.

Annual Meeting was “an old raw-boned rascal from the backwoods of Virginia,” recalls the Senator, “he cost very little—about $1,500 I think; but the thing that wins the Gold Cup is heart, and Annual Meeting had heart.”  The horse won two Gold Cup races for Warner and then, seemingly on his way to a third victory in 1974, he pulled up lame after the final fence.  The winner of that race was Paul Mellon’s small gelding Mongogo.  It was Mr. Mellon’s first Gold Cup success in almost four decades of trying.  Mongogo’s triumph was duplicated the next year by his stablemate, Chapel Street, a son of Nashua.  So both Mellon and Warner had two legs on the trophy.  Then Dr. Rogers won two Gold Cups with Private Gary and King of Spades, and in 1983 all three Virginians were only one win shy of retiring the Cup.

Rogers finally clinched it with a third win in 1984 when his Constantine swept the field, and the doctor from Hamilton, Virginia, took home the sixth Gold Cup to be retired and D. M. “Speedy” Smithwick, Jr., joined his father as a winning Gold Cup rider. The Smithwicks were the second father-son team to win the race.  The Bonsals of Maryland, both named Frank, had been the first. 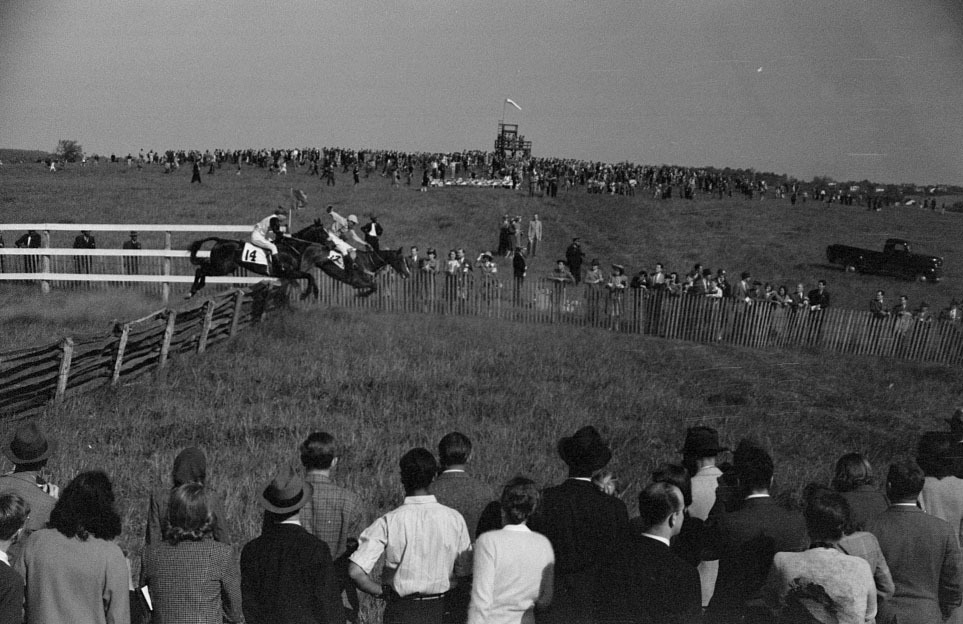 New Era at Great Meadow
The 1984 race was the last to be run at Broadview.  For some years there had been questions about the future of the Warrenton course.  As development encroached on the site, crowds and traffic were becoming a problem and issues concerning renewing the lease on the increasingly valuable land could not be resolved.  In 1982, news executive and philanthropist Arthur W. (Nick) Arundel found a 500-acre site on an abandoned farm about 10 miles north of the old Broadview course near The Plains.  Arundel purchased the property, then scheduled by its owner to become a huge housing development, for a new racecourse and to preserve the land in open space.  Mr. Arundel rallied a new generation of friends and steeplechase supporters to give the Gold Cup a permanent home.

In 1985 after several test gallops the Gold Cup moved after fifty years at Broadview to the new racecourse for its 60th running. Thus a new era of the Gold Cup classic began. Great Meadow is quite different from the old Broadview course.  At the old course, cattle grazed on the course eleven months a year as was typical of that era’s race meetings. The new Great Meadow course provides ideal conditions for horses and spectators alike, and its fences are higher than those of the old Broadview course.  “We simply brought them up to where they used to be in the 1930’s,” Arundel said.

The move to the new course has meant changes in the style of racing and in the type of horse that it best suits. Three-time Gold Cup winner Charlie Fenwick suggests that the Broadview course required a “very consistent horse that could take repetition and maintain his jumps.  “Great Meadow,” he said, “demands a horse with the ability to take bigger fences yet still go the long distances.”  Some trainers and riders, like Don Yovanovich who won the 1978 Gold Cup, believe a horse that did not have speed could still win at Broadview.  A horse that wins at Great Meadow,” he acknowledges, “is probably better than one that won at Broadview.  A Gold Cup winner at Great Meadow must be a very talented animal.” The bar to retire the Gold Cup trophy was raised to five times by the same owner.

In 1988, a remarkable horse named Von Csadek won the Gold Cup by 110 lengths—25 seconds ahead of the rest of the field.  His rider, Patrick Worrall, a 16-year-old high school sophomore at the time, became the youngest rider ever to win the race.  Von Csadek and Patrick returned to win it in 1990.

The event received international recognition in 1993 when The British Jockey Club determined that winners of the race would automatically qualify as starters in the famed Grand National at Aintree, an honor previously granted only to the annual winner of The Pardubice in Czechoslovakia and the Maryland Hunt Cup. 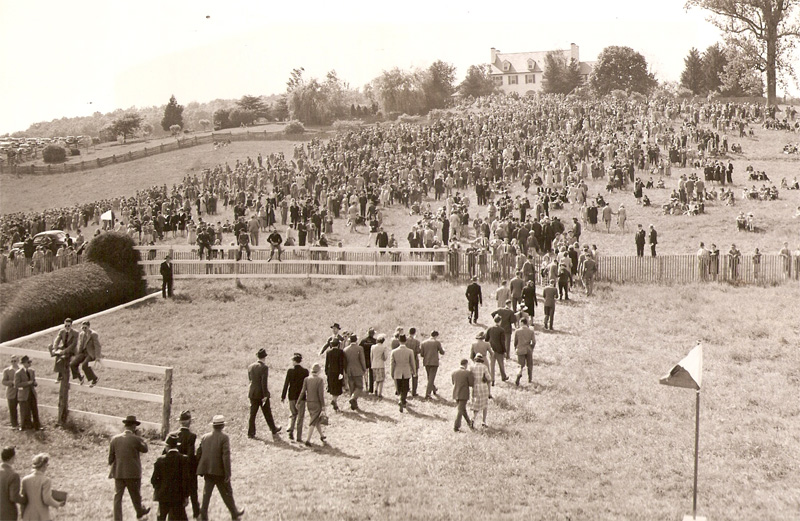 Today
The Virginia Gold Cup has over the past century made steeplechasing one of the most prestigious sports in America.  Former NSA President George Strawbridge calls the Gold Cup’s Great Meadow racecourse, “The crown jewel of American steeplechasing.”  Nick Arundel said simply “what this generation and The Virginia Gold Cup is doing at Great Meadow is driven by harmony with its community, its traditions and its environment.”

The first International Gold Cup was held in 1930 at Grasslands Downs in Tennessee over a 4¼ mile brush course, similar to the English Grand National course at Aintree. That year, the King of Spain, Alfonso XIII, then one of the world’s most gallant riders and sportmen, placed the spectacularly beautiful gold trophy in competition which is still awarded annually to the winner. After the Tennessee race meet ended in 1932, the event was moved to the Rolling Rock Hunt Meet course in Pennsylvania, a course built by General Richard King Mellon, who had won the 1931 race in Tennessee. Race was again relocated after the 1983 running to the Great Meadow racecourse after the Rolling Rock Hunt Meet’s racecourse feel victim to the land development.

Today, the International Gold Cup presented by Porsche attracts 35,000 spectators and features the Fegentri World Cup of Nation’s where the top international amateur jockeys vying for the series title.

THE HORSE OF CENTURY

Saluter’s win record also includes the Virginia Gold Cup race’s fastest time at 8:27 over the 4 mile course in 1995 and the honor of retiring the seventh Gold Cup trophy after his five consecutive Gold Cup win. Then returned shocking the crowds in 1999 at 11 years old, Saluter returned to win his sixth straight Virginia Gold Cup, making Jack Fisher the all time top winning rider with nine wins of the Virginia Gold Cup.

Along the way Saluter swept the 1997 first running of the World Timber Championship by winning both the Virginia Gold Cup and Marlborough Cup in England. Saluter’s course record for the Gold Cup stood for 11 years until 2006 when Kinross Farm’s Miles Ahead’s time of 8:19 shaved 8 seconds off of his previous record time.

Saluter passed away in August 2017 at the home of his trainer Jack Fisher's farm in Monkton, Md where he was living the life of leisure after his retirement from racing.  He was 28.